The Quebec Team Program in women's Fastpitch, the Quebec Rebelles, was created in 1994. This program was designed to bring together the best athletes from the province of Quebec in order to represent the province on the national and international scenes.

The same group of volunteers created the Montreal International Fastpitch Challenge which became the biggest Girls Fastpitch tournament in Canada after just a few years. Hundreds of youth female teams from around the world were rushing their registration in order to participate in this annual classic that lasted 20 years. The last edition took place in July 2013.

Twenty years later, the Quebec Rebelles Program is now renowned throughout Canada and the United States and teams accumulate medals over medals.  They have been acting as host organization for the 20 editions of the Montreal Challenge on top of a dozen Canadian Championships held in Quebec.

With this great hosting experience, the new leading group of volunteers expressed their wish to perpetuate the tradition by hosting a tournament in Ile-Perrot, early July.

The focus will be on caliber without leaving aside the quality of the organization that has made Montreal’s reputation over the years. The Quebec Rebelles will be hosting their 7th Invitational Tournament in 2022 (the 2020 & 2021 editions were canceled due to the pandemic). . 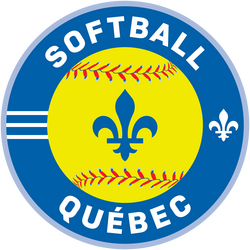 Jour 2 Day 2 Pictures are up on our website! Click on the link in our bio to see them!

*****FREE TOURNAMENT***** We are proud to present the Quebec Rebelles Invitational 2020 edition (14u/16u) and now 18u! The registrations is open and 20 spots have already been taken! For more information or to register visit our website! http://www.quebecinvitational.com/en/index.html See you in 2020!