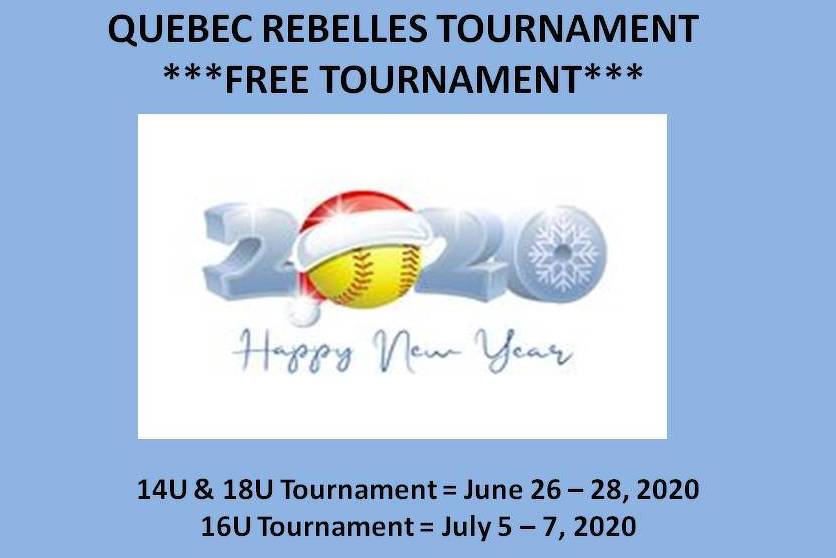 How about a free tournament for the New Year? For it's 50th anniversary Softball Quebec invites you for free! Exactly, no registration fees for the 2020 tournament! The 7th edition of the Quebec Rebelles Invitational tournament is scheduled as follow:

We hope to see you next June or July. Do not hesitate to get back to us should you have any questions.

Quebec Rebelles Invitational Tournament cancelled
ARE YOU READY!!
RESERVE YOUR DATES FOR 2020
The New England Fusion wins the 14U tournament
14U Saturday night standing